Preksha Mehta And Manmeet Grewal Suicide: Doctors Explain Why COVID-19 is Worst Time For People With Anxiety And Suicidal Tendencies

Preksha Mehta And Manmeet Grewal Suicide: Doctors clarify if COVID-19 is the worst time for people with mental illness and what are the solutions.

COVID-19 has not just brought an unprecedented situation for the business and the government to function, but it has also brought along undeniable mental stress and lack of hope. The suicide of TV actors Manmeet Grewal and Preksha Mehta show just how brutal these times are when you see jobs being taken, markets crashing down and people suffering from an illness that has got no vaccine yet. India.com got in touch with doctors to find out if this is the worst time to survive for the patients of mental illness and what are the solutions to protect ourselves from feeling depressed and being hopeless. Also Read - Preksha Mehta's Suicide Update: Father Says She Was Upset Over Lockdown And Was Never Pressurised For Marriage

Dr Sunita Dube, a known radiologist and physician agrees that people who are already suffering from anxiety or any other kind of mental illness are most vulnerable in these times. She says, “People who suffer from anxiety, depression, or any sort of mental illness usually live in a state of panic, they already find it very difficult to function normally on a daily basis. COVID-19 has created chaos in the lives of everyone and the people already suffering from any sort of mental illness are most vulnerable in these times. These can be difficult times for all of us as we hear about the spread of COVID-19 from all over the world, through television, social media, family and friends, and other sources. The most common emotion faced by all is ‘fear of positive’. It makes us anxious, panicky, and other problems that we might not consider appropriate under normal circumstances.”

Dr Dube asserts that the presence of family members and close friends in one’s life is important during these trying times, more importantly for people with suicidal tendencies or depression issues like Manmeet and Preksha. She says, “Family members or close friends are very important for suicide prevention. They can be involved in many ways. They can help to increase the positivity in a person’s life (that affects) their mental health and they can start reacting to situations in a better way”. 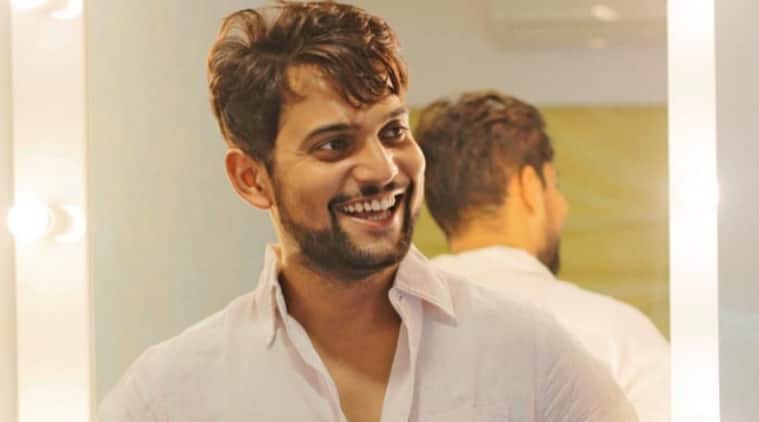 Marathi actor Ashutosh Bhakre allegedly died by suicide at his home in Nanded town in Marathwada region, a police official said on Wednesday.

The incident came to light on Wednesday afternoon when Bhakre (32) was found dead by his parents at his flat in Ganesh Nagar area of Nanded, the official said.

Ashutosh Bhakre was the husband of Marathi actress Mayuri Deshmukh, who attained fame after her role in Marathi serial Khulta Kali Khulena. He had acted in Marathi films Bhakar and Ichar Tharla Pakka.

The reason behind the actor’s suspected suicide is not yet known, the police official said. He was reportedly suffering from depression since the last few days and had recently shared a video on social media in which he analysed why does a person die by suicide, the official added.

An accidental death case has been registered at Shivaji Nagar Police Station in Nanded, and further probe was on, he said.

The request from actor Akshat Utkarsh’s family to Bihar police comes weeks after the state police filed a FIR in the Sushant Singh Rajput case for his death in Mumbai.

Actor Akshat Utkarsh’s family has filed a complaint with the Bihar police to seek a FIR and a probe into the actor’s death on Sunday night. Mumbai police had indicated that the actor was depressed due to lack of work and had died by suicide.

His family in Bihar’s Muzaffarpur, however, has rejected this conclusion and alleged that Akshat Utkarsh had been murdered.

Utkarsh was found hanging at his rented accommodation at Andheri West in Mumbai on Sunday night. He had worked in some TV serials and advertisements. He had recently signed a Bhojpuri film ‘Litti-Chokha’.

Muzaffarpur city deputy superintendent of police Ram Naresh Paswan confirmed that the actor’s family had submitted a formal complaint. But the police haven’t acted on the request. Paswan said they are awaiting directions from senior officials on how to proceed.

It is unusual for the police in one state to try to investigate a crime that primarily relates to another state.

But the Bihar police had departed from this standard practice in August this year when it registered a FIR for abetment to suicide, dishonestly inducing delivery of property and breach of trust in actor Sushant Singh Rajput’s death in Mumbai on a complaint from his father KK Singh.

This FIR was the starting point for the investigation by three federal agencies; Central Bureau of Investigation, the Enforcement Directorate and the Narcotics Control Bureau.

Akshat Utkarsh’s family in Muzaffarpur wants the Bihar police to apply the same principles and file the FIR.

In the complaint handed over to the police on Thursday, the family has named three suspects including his flatmate Shikha Rajput and his society secretary Kishore Thakkar, said police on Friday. The family accused the three of hatching a conspiracy to kill Utkarsh.

The Muzaffarpur police are yet to lodge the FIR against the accused, Utkarsh’s uncle Vikrant Kishore complained. He said if police doesn’t take appropriate action, the family will stage a protest outside Muzzafarpur’s Town police station.

Diet Plan for Weight Loss. A healthy eating plan gives your body the nutrients it needs every day while staying within daily calorie goal for weight loss.

Diet Plan for Weight Loss. A healthy eating plan gives your body the nutrients it needs every day while staying within daily calorie goal for weight loss.

We sell original Herbal Products composed of Natural Herbs Clinic obtained from the world’s top botanic gardens under the cautious administration of experts who are working day and night to make the herbal products even better and to increase the range so that people suffering from certain ailments which do not have any identified care as yet can benefit from our formulas.

Your articles must be of great help to students. They are inspiring and the best part is how you frame the sentences. I am also providing similar services to students and providing them coursework Help. So, they score well in academics without any hindrance. We realize the growing competition for students and thus deliver the best of our services to them. So they get the results they actually deserve without time limitations.
Continue reading: Assignment help USA