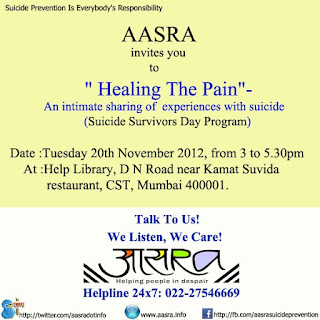 Survey among CFTI's reveals that over the last two years 12 students committed suicide and 18 others attempted it .

Survey among CFTI's reveals that over the last two years 12 students committed suicide and 18 others attempted it .

CHENNAI: All central government funded technical institutions (CFTIs) in the country, including the IITs, IIMs and NITs, have been advised to set aside Rs 50 lakh a year to provide counselling services and conduct activities to ensure the mental health of their students.

A task force, constituted by the ministry of human resource development to study the increasing occurrences of suicides among students enrolled at the IITs and other such campuses in the country, made the recommendation to Union human resources development minister Pallam Raju and minister of state Shas hi Tharoor earlier this week.

The task force, headed by professor M Anandakrishnan, designed a questionnaire for the CFTIs to assess the existing mental health needs, understand the magnitude of the problem and ascertain the resources. Of the 86 CFTIs asked to fill the questionnaire, only 26 responded. Of this, more than half do not have a full time counsellor and only 10 have scope for students to self-declare mental health problems.

Pallam Raju suggested that the counselling services could be made a component in the accreditation process and that special weightage be given to the provision.

The task force has suggested that the government set up an empowered committee on the lines of the Raghavan committee on ragging "as it cannot be assumed that they will be followed by all CFTIs with the same degree of rigour and seriousness".

The survey revealed that over the last two years 12 students committed suicide and 18 others attempted it. As many as 872 students have been referred for counselling in these institutions. Relationship issues, personal problems, mental stress and family problems were reported as reasons for the suicides.

http://timesofindia.indiatimes.com/india/Set-aside-50-lakh-a-year-to-prevent-suicides-IITs-told/articleshow/17261769.cms?
Posted by Johnson Thomas at 2:52 AM 10 comments:

Email ThisBlogThis!Share to TwitterShare to FacebookShare to Pinterest
Labels: Survey among CFTI's reveals that over the last two years 12 students committed suicide and 18 others attempted it .

Many years ago, Dr. A. J. Cronin occasionally prescribed an unusual treatment for some of his patients who were feeling "blue," "down," or generally blah. He would insist that for six weeks the patient say, "Thank you" for every kindness and keep a record of it. According to Dr. Cronin, he had a remarkable cure rate. If you find yourself depressed, please consult your medical doctor. But everyone gets down at times, and sharpening your sense of gratitude can make an important difference in the way you feel. I have observed again and again that people's day-to-day happiness is not usually found in getting what they want; it comes from appreciating what they have, no matter how little.  Writer Arthur Gordon* used to tell about asking a physician friend of his for the name of the most effective prescription he knew. "Well, I'll tell you," his friend said. "A colleague of mine once had a woman patient who suffered from depression. Got to the point where she stayed at home all the time, listless, apathetic, indifferent to just about everything. The usual medications didn't seem to help." One day this doctor delivered a small pack-age to the woman's home. "I want you to take what's in this package," he said, "and spend ten minutes of every day looking through it at some object in this room." In the package there was a strong magnifying glass. The woman faithfully took the prescription. She began looking through the lens at the warp and woof of the fabric on her sofa. She was amazed at what she saw. Then she examined the veins in a flower plucked from her garden, the color dots in an old photograph, and even the texture of her own skin. In days before close-up photography, she'd never seen the likes of it before. She was amazed and astounded at the brand new world opening up before her eyes.  Perhaps the doctor knew what Abraham Heschel put so well: "The beginning of our happiness lies in the understanding that life without wonder is not worth living." As this woman gazed at her world through a magnifying lens, she saw, in a completely different way, what had been around her all along.  Her sense of wonder gave way to another, more powerful emotion. The physician said that her experience with the lens, more than anything else, was the turning point of her illness. She began to get well because this unusual prescription had aroused within her the most curative of all emotions – gratitude. Do you practice gratitude? I think you'll discover that it is no less than a powerful prescription for peace.
courtesy :LifeSupport
Posted by Johnson Thomas at 6:16 AM No comments: