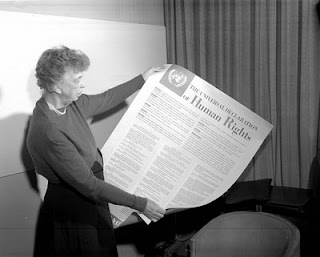 The Right To Die
'The right to die'Much is made of the right to die as being part and parcel of the right to dignity. This is seen in the plea for a right to die with dignity. At first glance it seems only reasonable to combine the two. However, does it really mean that one can actually procure a death so as to avoid an impending indignity? What then is dignity?
The Supreme Court of India in 1994 passed a verdict that attempted suicide is not a crime but later reverted back to the same old law of it being a punishable act.

Euthanasia
Euthanasia (literally "good death" in Ancient Greek) refers to the practice of ending a life in a painless manner. As of 2008, some forms of euthanasia are legal in Belgium,[1] Luxembourg,[2] The Netherlands,[1] Switzerland,[1] the U.S. states of Oregon[3] and Washington[4] the Autonomous Community of Andalusia (Spain),[5][6] and Thailand.[7] Classification of euthanasia
Euthanasia by consent
Euthanasia may be conducted with consent (voluntary euthanasia) or without consent (involuntary euthanasia). Involuntary euthanasia is conducted where an individual makes a decision for another person incapable of doing so. The decision can be made based on what the incapacitated individual would have wanted, or it could be made on substituted judgment of what the decision maker would want were he or she in the incapacitated person's place, or finally, the decision could be made by assessing objectively whether euthanasia is the most beneficial course of treatment.
Assisted suicide is active, voluntary euthanasia.

Reasons given for voluntary euthanasia:
Choice: Proponents of VE emphasize that choice is a fundamental principle for liberal democracies and free market systems.[8]
Quality of Life: The pain and suffering a person feels during a disease, even with pain relievers, can be incomprehensible to a person who has not gone through it. Even without considering the physical pain, it is often difficult for patients to overcome the emotional pain of losing their independence. [8]
Economic costs and human resources: Today in many countries there is a shortage of hospital space. The energy of doctors and hospital beds could be used for people whose lives could be saved instead of continuing the life of those who want to die which increases the general quality of care and shortens hospital waiting lists. It is a burden to keep people alive past the point they can contribute to society, especially if the resources used could be spent on a curable ailment

Voluntary Euthanasia
Feasibility of implementation: Euthanasia can only be considered "voluntary" if a patient is mentally competent to make the decision
Necessity: If there is some reason to believe the cause of a patient's illness or suffering is or will soon be curable, the correct action is sometimes considered to attempt to bring about a cure or engage in palliative care.[8]
Wishes of Family: Family members often desire to spend as much time with their loved ones as possible before they die.
Consent under pressure: Given the economic grounds for voluntary euthanasia (VE), critics of VE are concerned that patients may experience psychological pressure to consent to voluntary euthanasia rather than be a financial burden on their families. [31]
Posted by Johnson Thomas at 3:09 PM 1 comment: