How to tackle sunburn and stay bright

How to tackle sunburn and stay bright


# Get an ice cube or frozen vegetables. Grab those tubers in a
towel and rub them on for relief. You can also try cold (plain)
yogurt for soothing relief. Repeat applying it several times a day.
Do not use soap to wash.
# Dash for aloe. If you have an aloe plant in your garden then this
is the right time to use it. The colourless pulp inside can help
sunburns and itchiness.
# Goodness of rosewater and glycerine would work wonders. Chaffed,
chapped or cracked skin can find relief with the combination.
# Bathe with oatmeal, corn starch or baking soda!
# If the sun burn is in small patches, you can try wet, cold tea
bags.
# If your skin is red and inflamed, try omega 3 fatty acids. Have
flax seeds, walnuts and fish to treat sunburn.
# Eat your tomatoes! Lycopene in tomatoes protect skin from the
harmful UV rays and prevent sun burn, and even cancer. Lycopene
increases when tomatoes are cooked as cooking breaks the cell walls
of the tomato releasing more of lycopene. Don't bother eating fresh
tomatoes if you don't like them. Enjoy your tomato soup daily!
To add, do not shut the sun always as sunlight is the primary
source of Vitamin D, more particularly in vegetarians.
Posted by Johnson Thomas at 1:47 AM No comments:

Email ThisBlogThis!Share to TwitterShare to FacebookShare to Pinterest
Labels: How to tackle sunburn and stay bright #JohnsonThomas #trendingNow

This week, researchers at Harvard reported a potent way to keep the doctor away. And it isn’t an apple a day or a new drug — it’s a life skill called resilience. It’s the adult equivalent of crashing into a hedge during your first bike ride without training wheels, shaking the leaves and dirt from your hair, and thinking, “Okay, that wasn’t too bad. Let me try that again.”
People tend to think resilience is something that lucky people have and unhappy people lack, but that’s not true. It’s a skill you can learn. Anyone can strengthen their resilience with practice, starting with the relaxation response — a physiologic state of deep rest induced by practices such as rhythmic breathing, mindfulness meditation, yoga, tai chi, qi gong, or prayer. The relaxation response was first described more than 40 years ago by Dr. Herbert Benson, founder and director emeritus of the Benson-Henry Institute for Mind Body Medicine at Harvard-affiliated Massachusetts General Hospital (MGH).
The power of resilience is at the center of a study published this week in the journal PLoS One by Benson and his colleagues at MGH. People who graduated from a resiliency-boosting program developed by the Benson-Henry Institute used considerably less health care services in the year following the course compared with the year before.

The impact of resilience training

Benson-Henry has developed an eight-week course, called the Relaxation Response Resiliency Program (3RP), to enhance resiliency. To measure the effect of this program on health care utilization, the PLoS One study mined a rich database of patient information compiled by Partners HealthCare, a system that includes MGH, Brigham and Women’s Hospital, and other Boston-area health care facilities. The study compared health care use by more than 4,400 3RP graduates to that of 13,150 Partners patients who didn’t take the 3RP course. In the year after training, use of health care services by the 3RP graduates dropped by 43%.
“We’ve shown in the past that it works in the laboratory and on the level of individual physiology, and now we can see that when you make people well, they don’t want to use health care so much,” says study leader Dr. James E. Stahl, previously affiliated with the Benson-Henry Institute but now based at Dartmouth-Hitchcock Medical Center in New Hampshire.
Was the 3RP training ultimately responsible for the reduced health care demand? This study cannot prove that beyond doubt, because it just observed statistical links. The researchers were careful to account for factors besides 3RP training that could affect the amount of health care people seek — especially age, gender, race, education, and income level. “Can you ever really eliminate that? I don’t think anyone can be sure,” Dr. Stahl says.
To policy makers, the study offers the possibility of a safe and inexpensive way to help control rising healthcare costs. But strictly speaking, this study doesn’t provide any conclusive evidence about that. For example, what if some of the 3RP group skipped exams and other services that otherwise would have improved their health? More research is needed before anyone can bank on resilience training as a way to keep costs down. “Looking at utilization is the first step toward measuring costs,” Dr. Stahl says.

You can build resilience without formal training

For those of us who don’t live in Boston and can’t sign up for the 3RP training, it’s still possible to boost our resilience in a variety of ways. Resilience comes in part from making meaningful connections with other people, such as through volunteer work, caretaking for aging relatives, and other service work.
In addition, positive psychology research shows that having an optimistic outlook and a sense of connectedness, meaning, and purpose in your life contributes to resilience. This includes learning how to identify and challenge day-to-day negative attitudes that can undermine health.
“Just like fluorinating your water or vaccinating yourself, these are ways of keeping you healthy with, from a public health perspective, minimal investment,” Dr. Stahl says. “My own opinion is that we should probably be teaching those skills in grade school.”

Posted by Johnson Thomas at 1:41 AM No comments: 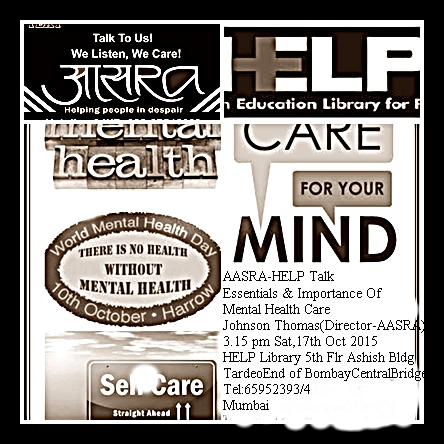 Posted by Johnson Thomas at 11:42 AM No comments: 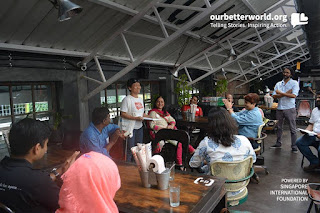 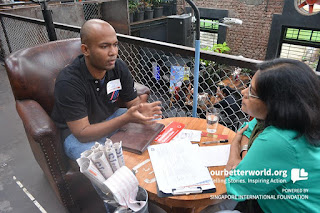 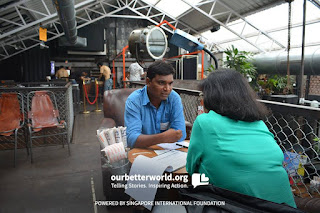 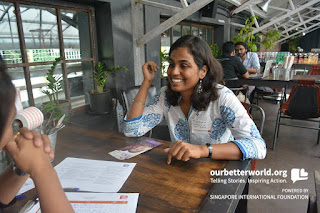 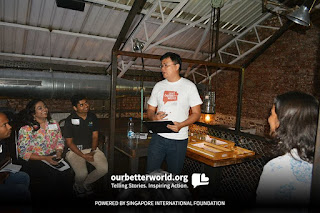 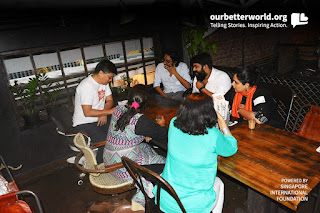 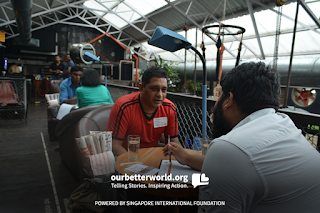 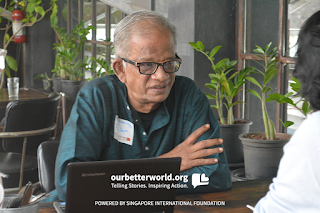 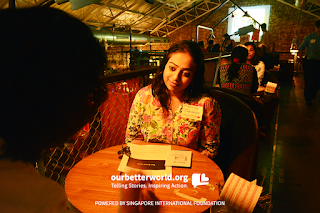 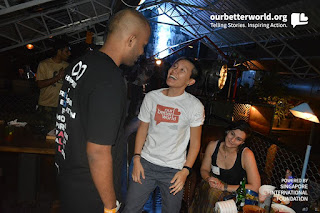 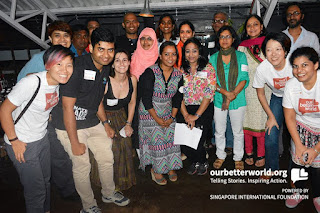 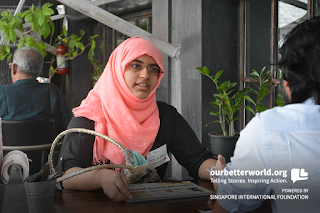 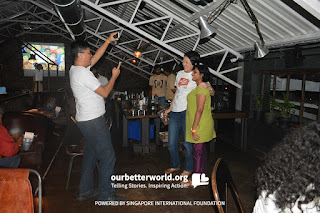 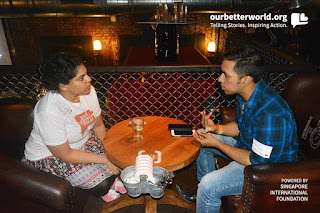 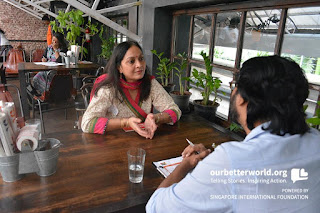 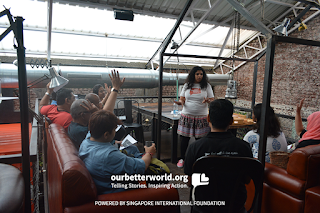 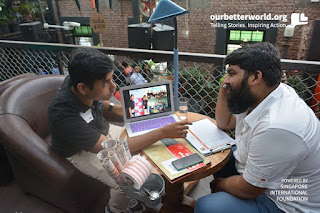 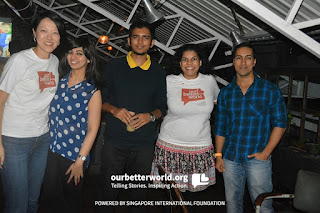 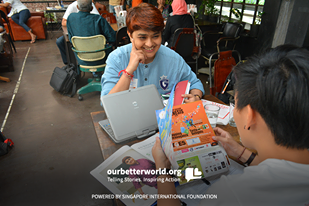 Posted by Johnson Thomas at 9:05 PM No comments: