According to a survey, 58 per cent of depressed youngsters (age group 14-24) have had thoughts of suicide. I would like inputs on the following.

> What are the reasons/factors behind such a large youth in the city being depressed?

The fast changing environment in urban life brought on by transitions linked to globalisation (loss of protective factors/fractured support systems  like break up of joint family system, increasing incidence of nuclear and single parent families, increasing attachment towards materiakism, ambitions overiding the importance of relationships and social and ethical strictures leading to the lack of strong  emotive bonding within relationships, poor conditioning in dealing with failure and rejection, lack of coping ability development to handle crisis situations.

> Do you think the fact that mental illness is not taken as a serious illness in our country?

Well it is not and you can see that in the low allocation of funds towards mental health  in the budget itself. Also the stigma associated with mental illness has not been wiped out completely so seeking help for mental illness issues is difficult for most people. The lack of health professionals in this area is also an impediment. Also the manner in which some existing health care professionals treat the mentall ill is also questionable.

> According to the survey, 74 per cent of these people are unable to talk to parents about their depression. Why?

because most parents would prefer to overlook depression as a possible impediment to their child's future. It's something they do not know how to deal with themselves and the associated stigma is pretty much off putting for any attempts at seeking help. Also depression is largely trivialised as a behavioural issue and most parents would advocate hard work ,discipline, and will power as a cureall.

>  How can youngsters better their mental health?

A regular stress free routine would be ideal but that's not exactly possible in today's world. So instead, a  healthy lifestyle, a measured diet without carbonated drinks and fast foods, lots of exercise, meditation, yoga, deep breathing, adequate relaxation, cultivating hobbies, social interactions/communications. Above all stay practical and develop your self and skillsets as per your talent and potential. Do not get caught up in the rat race.
Posted by Johnson Thomas at 7:12 AM 4 comments: 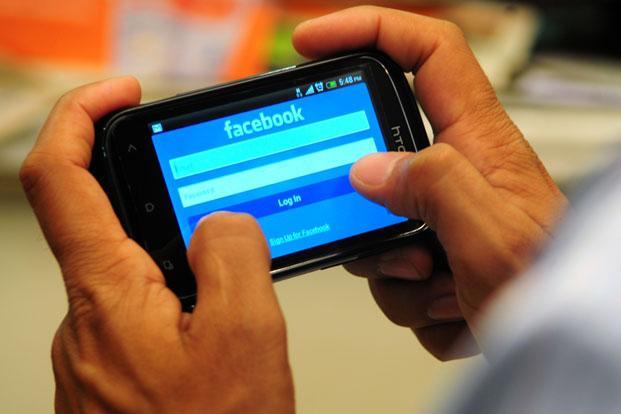 Facebook has tied-up with non-profit organisations AASRA and the Live Love Laugh Foundation. Photo: Ramesh Pathania/Mint‪#‎aasradotinfo‬ ‪#‎samaritandsUK‬ ‪#‎BefriendersWorldwide‬ ‪#‎IASP‬ ‪#‎AFSP‬ ‪#‎WHO‬ ‪#‎UN‬ ‪#‎INFOTES‬ ‪#‎Aasra24x7helpline91222754666‪#‎aasradotinfo‬ ‪#‎samaritandsUK‬ ‪#‎BefriendersWorldwide‬ ‪#‎IASP‬ ‪#‎AFSP‬ ‪#‎WHO‬ ‪#‎UN‬ ‪#‎INFOTES‬ ‪#‎Aasra24x7helpline912227546669ForDepressedAndSuicidal‬
http://www.khaleejtimes.com/business/technology/facebook-rolls-out-updated-suicide-prevention-tools-in-india9ForDepressedAndSuicidal‬
http://www.khaleejtimes.com/business/technology/facebook-rolls-out-updated-suicide-prevention-tools-in-indiaA 42-year-old engineer in Gurgaon on Tuesday posted a photo of his slit wrist, a suicide note, and recorded video on Facebook to inform the world that he was taking his life. In 2015, a young doctor from Delhi posted a suicide note on Facebook before killing herself.
Many people tend to give out advance signals of their intention to commit suicide. With the emergence of social media and users’ willingness to express freely on them, there have been many cases of people baring their stress and depression online, often alerting their friends.
Facebook has tied-up with help groups such as Samaritans and National Suicide Prevention Lifeline in the US, where users can report a suicide threat or post by anyone. One has to attach a screenshot of the post, mention the URL and the user name of the concerned person at Facebook help page. These service groups then reach out to the user to understand how they feel and reassure them that things can be right again.
In India, Facebook has now made similar tie-ups with non-profit organisations AASRA and the Live Love Laugh Foundation to deliver similar services to Indian users.
Live Love Laugh Foundation is a Bengaluru-based organisation which work on awareness on mental health issues by engaging with organisations and professionals. It is founded and run by Actor Deepika Padukone. AASRA is a Mumbai-based NGO which provides 24-hour support to people with suicidal tendencies.
How it works
If you detect something alarming about a friend’s post, you can report it to these two NGOs directly, or put them on the Facebook help page. At Facebook, special staff will scan the reported incidents and respond by alerting the staff from the NGOs. Facebook claims the monitoring will be active throughout the day everyday in a week, which means you can report any incident any time.
On Facebook, you can access it by going to Settings> Help -> Visit the Help Center -> Safety tools and Resources -> Suicide Prevention -> How do I report Suicidal content to Facebook -> Suicide hotline.
You can also reach out to AASRA directly at 022-27546669 and The Live Love Laugh Foundation at 022-25521111 or email at icall@tiss.edu
One of the issues with social networks is to identify a serious threat from a prank. Often, the message is too subtly put that they are misread. Facebook has launched another campaign called Help a Friend in Need Guide in collaboration with AASRA. This is actually meant to help a Facebook user recognize signs of distress in a post and help them handle the situation on their own.
Guidance will be provided not just in English and Hindi, but in Urdu, Bengali, Tamil, Telugu, Kannada, Malayalam, Punjabi and Marathi.
The Gurgaon engineer survived because his Facebook friends spotted the message on time and alerted others who rushed him to a hospital. With its new initiative, Facebook hopes to help more people save lives in a systematic manner.
Abhijit Ahaskar
TOPICS: FACEBOOKSUICIDESOCIAL MEDIADEPRESSIONAASRA
----------------------------------------------------------------------

The rate of suicide among the youth in India is one of the highest in the world.

In a bid to curb self-injury and suicide episodes in India, social networking giant Facebook on Wednesday rolled out updated suicide prevention tools in collaboration with local partners in English and Hindi.
The updated tools, also available to all 1.65 billion Facebook monthly active users now, were unveiled with help from non-profit organisations AASRA and The Live Love Laugh Foundation.
"We care deeply about the safety and well-being of the 148 million people in India who use Facebook to connect with the people who matter to them and recognise. There's an opportunity with these tools and resources to connect someone who is struggling with a person they already have a relationship with," said Ankhi Das, Public Policy Director at Facebook India (South and Central Asia) in a statement.
"Facebook is a place where people connect and share, and one of the things we have learnt from the mental health partners and academics we have worked with on this issue, is that being connected is a protective factor in suicide prevention," Das added.
Developed in collaboration with mental health organisations and with inputs from people who have personal experience with self-injury and suicide, these tools were first launched in the US with the help of organisations like Forefront, Lifeline and Save.org.
"The tools Facebook are rolling out aim both at people who are expressing suicidal thoughts and also guide concerned friends or family members to resources and alternatives and appropriate interventions," said Anna Chandy, Chairperson-Trustees, The Live Love Laugh Foundation.
With the help of these new tools, if someone posts something on Facebook that makes you concerned about their well being, you can reach out to them directly and you can also report the post to Facebook.
In a latest incident in Gurgaon, Haryana in India, a 32-year-old man was saved by his friends and the police after he posted pictures of a suicide bid on Facebook.
Varun Malik, who works in a multinational company, tried to commit suicide by cutting his wrist and uploaded the pictures of a bleeding hand on the social networking site Facebook.
His friends who saw the post came to his rescue and informed the police immediately. Malik was rushed to a private hospital where doctors said his condition was stable.
"AASRA has been working with Facebook for several years to help people who are having suicidal thoughts. Facebook's new tool is another step forward in helping to prevent suicide," noted Johnson Thomas, Director, AASRA.
According to Antigone Davis, Global Head of Safety and Jennifer Guadagno, Researcher, at Facebook, "We have teams working around the world, 24/7, who review reports that come in. They prioritize the most serious reports like self-injury."
"We're updating the resources we offer to people around the world who may be experiencing self-injury or suicidal thoughts, as well as the support we offer to their concerned friends and family members," they posted.
According to Deepika Padukone, Founder of The Live Love Laugh Foundation, the rate of suicide among the youth in India is one of the highest in the world.
"We are happy to partner with Facebook in this suicide prevention initiative. It is especially important to reach out to young people out there who are feeling depressed and encourage them to reach out for help," Padukone said.

Posted by Johnson Thomas at 1:52 PM No comments:

Aasra in the Hindu Businessline

Get more of your favourite news delivered to your inbox